The city of Haarlem has a rich history. It originates from the Roman era, when it was a settlement on a thoroughfare to a Roman fortress in Velsen. Already in the tenth century there was  a wooden church in the big market square, now known as the ‘Grote Markt.’

In 1245 Duke William II of Holland granted Haarlem municipal rights. The city then developed into one of the most important cities of Holland. Haarlem became  a city of textiles, of breweries and was famous for its painters. Haarlem was also a well-known shipbuiding city.

During the eighty years’ war Haarlem vehemently stood up against the Spanish domination. In 1577 The Spaniards left and the city once more found itself on the side of William of Orange. Many Flemish people came to town, mostly ambitious people with a lot of professional knowledge, money and connections. They helped the Haarlem linen-industry to enter into a new flourishing period. Frans Hals, the most famous painter in Haarlem in the Golden Age, also was a born Fleming.

The Flemish architect Lieven de Key became the city-architect in 1593 and built the Vleeshal at the Grote Markt, designed innovations for the Grote Kerk and built the tower of the Nieuwe kerk. Although Haarlem already during the Golden Age was being overshadowed economically by big brother Amsterdam, it remained a beloved place of residence for the rich and mighty. Louis Napoleon as well as Queen Wilhelmina were owners of the Welgelegen Pavillion, which is now the   residence of the provincial government. The rich history and the Flemish influences are still visible in the city. Not without reason the old inner-city of Haarlem has been designated as protected historical area.

What makes Haarlem so attractive: 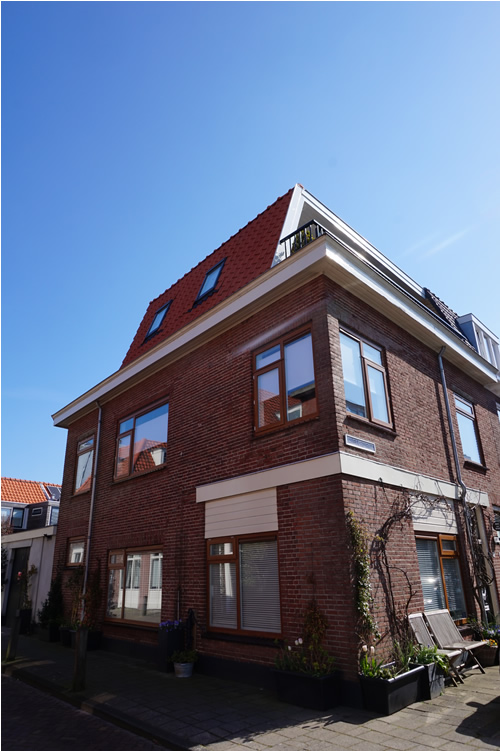 WITH AN E-BIKE TO THE DUNES AND THE BEACH.... AND THE CITY WITHIN REACH!

Complete privacy, cook your own meal, let it bring home, or order at the local restaurant. Call or mail us for availability and prices.